Next Up In LGBTQ

Online dating has left behind the stigma of the 1990s and become a cornerstone of single life in the past decade.

Living in the early 2020s means finding love or fun IRL at a bar or club can be a dicey proposition, considering how much the question “Have you been tested?” has changed meaning.

No matter how someone identifies their gender, sexuality, politics, or spirituality, we all agree on two things:

Regardless, billions of people willingly combine the two, in the form of Dating Apps.

Everyone has their horror stories of swiping right on the wrong person or showing up to a Tinder date to meet your match’s stunt double.

Those who present as women have to deal with the reality that every time they log on, they may as well be sprinting headfirst through a cornfield with all the non-consensual pictures sent their way.

However, for folks in the LGBTQ+ community, there is an extra layer of darkness, complication, and danger when using dating apps, even the ones designed specifically for them.

There is no shortage of sites and apps to help people connect.

The field grows wider every day, catering to evermore specific subcultures. There are a handful of giant tech companies that everyone has had experience with, such as Match.com, Plenty Of Fish, and eHarmony.

While some of these big platforms currently offer robust profile customization to welcome everyone, these developments are depressingly recent.

OkCupid was one of the first dating sites to add LGBTQ+ options in 2014. One of the oldest dating sites, eHarmony, didn’t even allow same-sex dating on their main site until 2019. Yes, 2019.

We do not stan eHarmony.

A lack of available options can lead to Queer people taking riskier routes and possibly endangering themselves.

Thankfully, these days the best hookup sites and apps pride, pun not intended, themselves on welcoming everyone on the rainbow.

So, things are good now, right?

The short answer is “not really.”

Sharing Apps With Cis-het People — A Minefield Of Political Incorrectness

Just because the gates are open doesn’t mean everyone is welcoming.

Newer apps offer some level of control over who can contact you, but it is rarer among established ones. Harassment from homophobes and transphobes is so common it’s almost the price of admission.

Sadly, jackasses with a crusader complex are just the tip of the iceberg.

Fetishization is a massive problem. Trans and Nonbi users have to fend off hordes of “chasers,” generally men who see sex with a Trans person, typically Trans women, as a kink.

Chasers don’t want to meet the sweet, intelligent, and funny woman on their screen. They just see an object that fulfills a fantasy.

Of course, you can be a person who wants to date a trans woman because you’re attracted to her and genuinely respect her, but it’s easy to fall into problematic territory.

If a chaser is demonstrating dehumanizing behavior, things can turn hostile when the lady being chased shuts them down. And dehumanization through fetishizing is not exclusive to our non-gender-conforming friends.

For example, bisexuals on mainstream sites have to deal with the constant requests for a “Unicorn.”

Being a unicorn sounds cool. They look rad, poop bubblegum, and rule magical realms with an iron fist.

But it’s not that.

Obviously, the ubiquity of fetishization gets so much worse when race and ethnicity come into play. Reddit user u/Learning2thrive expresses the mental damage this can bring on a post on the massive r/LGBT subreddit:

“So I am [an] Afro-latine Bi NB. I’ve been on 3 different dating apps where I have dealt with racism from other queer ppl in the form of them wanting to use me for my body, but not wanting a relationship, solely because I am not white.

I know there are vastly more people who aren’t racist, but it doesn’t make these experiences less painful.

I live in the rural southern U.S., so online is the only realistic option rn. Especially with covid. I don’t think these interactions are avoidable, so how can I maintain my self-esteem and cope with my anxiety when dealing with this?

Ik to block and report them. My concern is taking care of my mental health when it happens.”

The most crushing part of reading that quote isn’t the behavior u/Learning2thrive has suffered. It is the resigned acceptance that this is just how things are.

The heartbreak is not helped by the fact that other queer people were acting in such a disgusting way.

Oh yes, our own queer community is FAR from innocent too.

Everyone & Everything is Terrible, Queer Community Included

With the dizzying plethora of dating apps made for queer people, it would seem like dodging toxic behavior is easier, and dating is safer.

The depressing reality is that toxic behavior is just as prevalent on LGBTQ+ platforms, and safety is never guaranteed.

Let’s step back in time a little.

We’re going back to the halcyon days of 2009, where the lack of online dating options for queer folks led to the creation of Grindr.

This genuinely revolutionary gay dating app allowed for men to anonymously hook up with other men in their area using geolocation tagging. 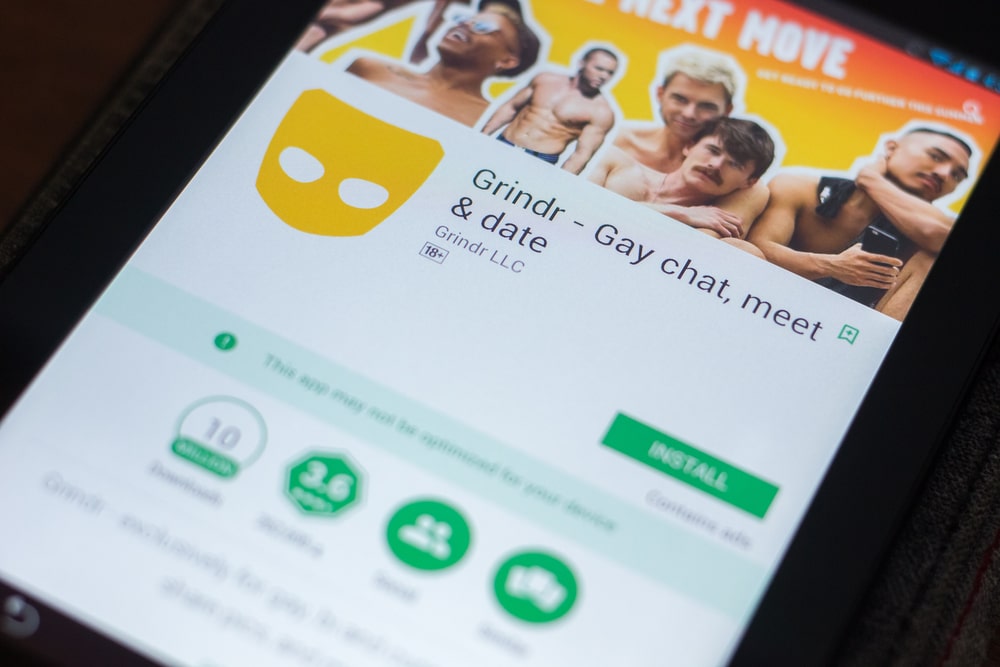 Prior to 2013, anyone could make a profile with no email verification and use their phone to locate any Gay men in their area with almost pinpoint accuracy.

Grindr later welcomed the rest of those in the rainbow, becoming more inclusive while simultaneously narrowing the user experience in 2013 with Grindr Tribes.

This allowed users to identify and search for a specific niche in the community, i.e. Bears, Daddies, Twinks, etc.

While offering more options seems like a way to ensure compatibility, ever-increasing specificity can also lead to internalized self-loathing.

This self-loathing managed to affect Joe Hallas — one of our own Editors over here at Philadelphia Weekly.

“Despite being a very tall and broad cis gay man, I’ve always enjoyed a slightly more androgynous appearance. I used to have eyeshadow on in my Grindr photo, and the number of people who would disgustedly ask me if I was a tr**ny (the T slur) or make me feel shame for being SOMEWHAT feminine was insane.

This is coming literally from the gay community, mind you.”

He also expressed distaste for the “Tribes” culture of Grindr and the queer community in general.

“I’m too large to be a twink. I’m not hairy enough to be an otter. I’m not large enough to be a bear. I’m not muscly enough to be a daddy. I’ve never identified with any of these tribes, and as such I’ve found that many people in the queer dating scene didn’t know what to make of me.

I was rejected by my already-oppressed community because I didn’t fall into a pre-established ideal body type. I just want to be me… a little masc, a little fem, average body type, a bit alternative… I don’t want to fit into a neat little box.

F*ck off with more boxes”.

Having specific tastes doesn’t automatically make someone a bigot. It goes without saying what turns one person on doesn’t work for someone else.

The problems start when not being into someone goes from a simple “sorry, you’re not my type” to “Ew, I would never!”

Being human already comes with a streak of self-consciousness about our bodies. For queer people, that is cranked up to eleven. With a list of subcultures and niches that sound like throwing an Eyes Wide Shut party at a zoo, it can be maddening to try fitting in.

The issue is not only whether or not you look good naked, but how intensely the outer appearance intertwines with someone’s identity.

For example, if a femme gay dude gets repeatedly rejected because of “Masc4Masc” gay men, it is a safe bet they have had to deal with being ridiculed their entire life for not conforming to male stereotypes.

They are not a “real man” and more than likely was the target of homophobia growing up, even if they hadn’t come out to themselves.

With many cis gay men prioritizing “masculine” men over more feminine qualities, it’s easy to start feeling rejected by your very own community.

And this is perhaps something that many straight people don’t realize. 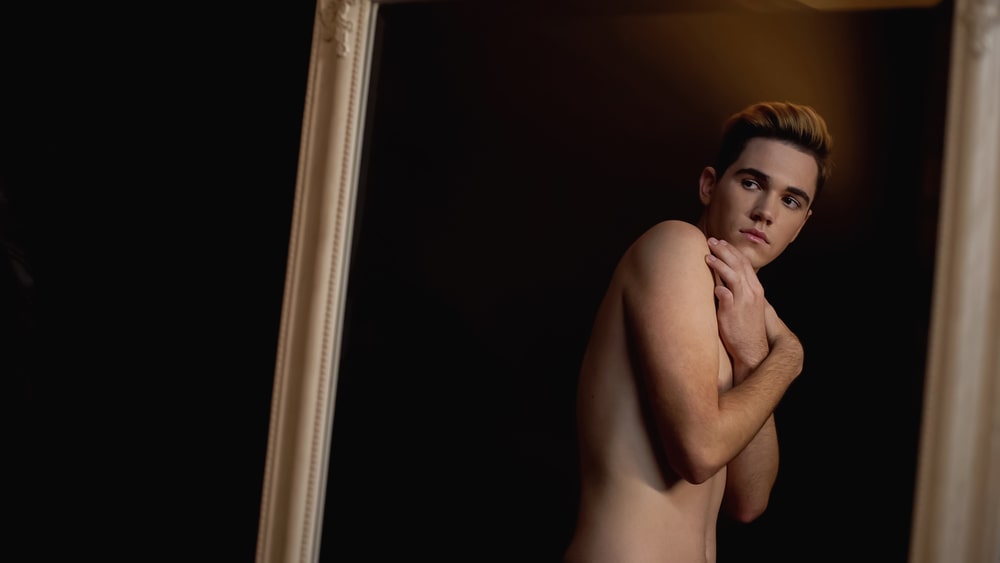 The fun doesn’t stop at rude comments on someone’s appearance.

Bi and trans folks deal with strangers invalidating their existence. Queer cis users are judged on where they fall in the gender performance scale.

Every part of someone’s identity is called into question by the people who should empathize and know better – queers.

Not feeling accepted by anyone can lead to internalized homophobia.

Turns out facing rejection throughout your formative years can make you low-key hate yourself and your own kind… who would’ve guessed?

Internalized homophobia is generally defined as someone in the LGBTQ+ community taking in all of the hatred from the outside world and subconsciously, or consciously, agreeing. It can present in many different ways.

LGBTQnation.com offers this list of how internalized homophobia can show up:

The above list doesn’t cover every way someone experiences internalized homophobia, nor does this article cover the gamut of experiences.

Everyone walks a different path, but it would be nice if other fellow travelers would stop throwing obstacles in the middle of the road.

Parabellum – We Must Have Hope for the Future Of LGBTQ+ Dating 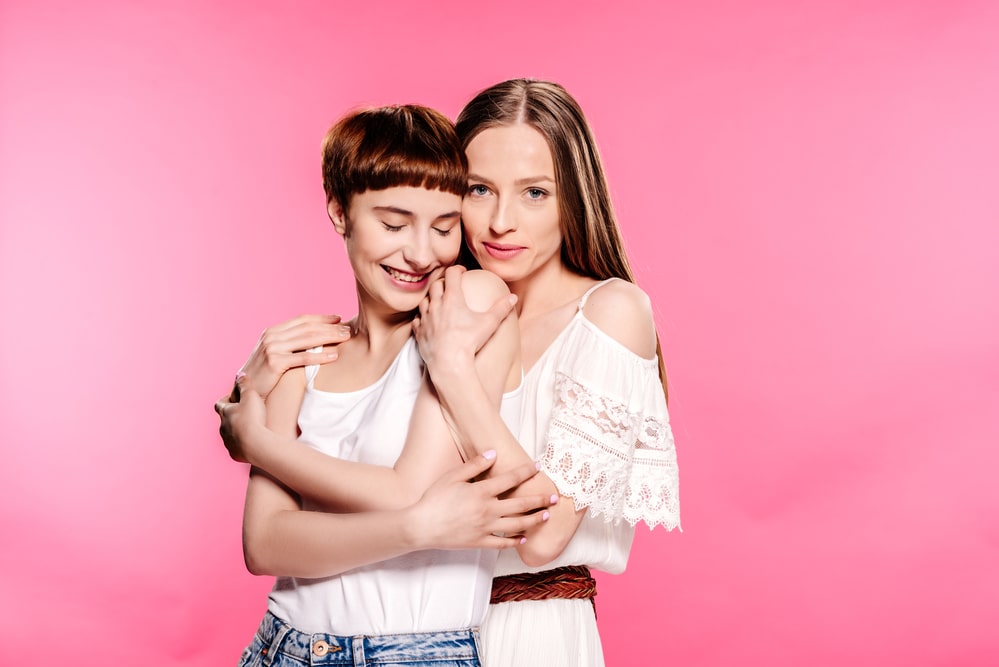 So, is it all pointless? Should we all just throw our hands up and quit? No.

Everyone has the right to find love or a warm body for the night safely. No one should have to feel the self-hatred and shame these experiences can cause.

The reality is queer people are just people, and most people suck. There will always be an uphill battle to find Mr/Ms/Mx Right.

Yeah, I know someone else said that first, but John Wick is cooler than whatever scroll that quote was found on.

As move into the somewhat-roaring 2020s and queer education becomes more widespread, we can only hope that more and more cishet and LGBTQ+ people become aware of their internal toxic and homophobic behavior and change their attitudes for the better.

To be clear, I do think that progress is being made. Albeit slowly.

So, my fellow queers, protect your body and heart when going out on the town. Use common sense safety tips like meeting in public and letting friends know where you’ll be. Practice self-care and don’t allow some sad jerk to stifle your awesomeness.

Be safe, be kind, and get some.