Hey there, my Weekly Phillies — we’re going to get right into the Event Calendar this week but I do have a new question of the month for you. It’s springtime in the city (do I see cherry blossoms?) which means love is in the air. With that in mind, I ask you —

WHAT’S THE BEST PLACE FOR A FIRST DATE IN TOWN? And don’t forget the WHY?

Email me len@philadelphiaweekly.com so I can get the word out there; I hear Bumble buzzing.

BACKING TRACK
In this new play by acclaimed satirist R. Eric Thomas, a change is in the air for a family after an unexpected loss. Mel, the mother of Avery and Jessica, tries to reclaim her place in a gentrified neighborhood while her kids learn firsthand how to balance their own lives. Praised by Lin-Manuel Miranda as “one of the funniest writers,” R. Eric Thomas’ play contemplates what it means to start over again.

PARKS POP-UP — CHERRY BLOSSOMS*
FCM Hospitality announces a Parks Pop-Up with blooms, bites and beers just in time for the Cherry Blossoms — ooh, the cherry blossoms! Enjoy fresh food, local beers on tap, specialty themed cocktails and more, in an outdoor environment; the perfect addition to The Sakura Concert Series of the Shofuso Cherry Blossom Festival of Philadelphia. *This event promises to explore “the intersections of Japanese and African American culture through three days of musical performances by multi-ethnic Hip Hop, Jazz, and Percussion musicians.” I had no idea there was such an “intersection” so I’ll be the curious guy sitting up front.

THE ALCHEMIST
What do you do when your boss goes on vacation … in the middle of a pandemic? With the master away, watch three servants play as they swindle a rogues’ gallery of ridiculous characters out of their cash and their dignity. Written for the reopening of the London theatres after the plague outbreak of 1610, “The Alchemist” is Ben Jonson’s chemistry lesson in comedy.

SESAME STREET LIVE! LET’S PARTY! *
You’re invited to the funniest, furriest party in the neighborhood at an interactive show on one of the world’s most famous streets. Learn new songs, dance, play and laugh with Cookie Monster, Oscar the Grouch, Elmo, Big Bird, Rosita and Super Grover (* my personal favorite). 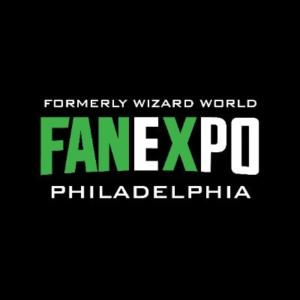 It’s three days of fun-filled fan culture. Join tens of thousands of fans who are just like you and experience the ultimate playground for comics, sci-fi, horror, anime and gaming, complete with celebrity guests, giveaways and more. (Check out our tips for attending conventions)

THE WDAS WOMEN OF EXCELLENCE LUNCHEON*
A great opportunity to sit, dine, chat and learn from phenomenal women from across the Tri-State area. Women of Excellence honorees include Catherine Hicks, Tracy Davidson, special honorees Trudy Haynes, Sheryl Lee Ralph and more. * Can someone please tell gospel singer Avery Sunshine that I said “Hey.” Thanks!

DARYL HALL AND THE DARYL’S HOUSE BAND WITH SPECIAL GUEST TODD RUNDGREN
True story — I have a Spotify playlist, “Singalongs,” of tunes that I sing out loud while I’m working around the house, or sing out loud in my head when I’m out in public (so I wasn’t ignoring you; the music in my head was on). Daryl Hall is well represented in there, keeping me “In A Philly Mood.” I got lots of time for “Family Man,” from the …and Oates days, too.

EASTER FAMILY DAY*
Celebrate Easter like a Swede at the American Swedish Historical Museum’s Easter Family Day. Introduce your little ones to Swedish Easter traditions and visit the exhibition “Flying Blakulla: Letters from an Easter Witch,” plus enjoy an afternoon of crafts and the traditional egg hunt. Meanwhile, the entire family can learn the forgotten history of Swedes in Philadelphia. * You’re never too young or too old to appreciate another culture and hear another’s story.

THE ART OF JAZZ SALON
A Pop Up Gallery and Jazz Concert featuring the works of Bernard Collins, Mikel Elam and Cassandra Jefferson, quilts by Asake Denise Jones, and more. Acclaimed recording artist Denise King and friends will set the mood for the afternoon with two sets of soul stirring jazz, blues and R&B. A delicious lunch prepared by South Jazz Kitchen makes it more tasty.

ANIMALS AS LEADERS*
The write-up on Animals As Leaders says “…armed with palette-expanding eight-string guitars, rich synths, and pummeling percussive grooves, the trio is beloved by metalheads, aspiring virtuosos, jazz fanatics, and casual listeners alike.” They had me at their name (you know how I am about band names) but now … I gotta hear this.

DISNEY PRINCESS: THE CONCERT*
Sing along with a quartet hailing from the Disney Channel, Broadway and animated movies, who perform your favorite Disney princess songs and share behind-the-scenes stories of their times playing princesses.* I wish my daughter was here in Philly to be my excuse to go … I mean, so I could escort her to the show. Seriously, she’s in her 20s now and would absolutely love this!

TEZATALKS
Powerhouse vocalist and songwriter TeZAtalks draws us into her world of life experiences through her redefining and genre bending sound, leaving an unforgettable impression on anyone who is able to experience the singers world in real time.