When it opens next weekend at Callowhill-area Practice Gallery, Forbidden City will feature a variety of explicit media, short films, self-portraiture, and performance art, including a live, interactive “peep show” booth built by Wo. Inspired by the aesthetics of 1970s-era Time Square and activated “for the price of one creep coin,” the peep show booth will likely prove to be a crowd favorite.  “Once the viewer inserts a pleasure coin and peers through the peep hole, a world of flowers, mirrors, lights and live performance art opens up before their eyes,” according to the promotional materials.

Another potential highlight of the exhibition are the hand-held Sun Bunny NSFW Playing Cards, a ribald take on vintage pinup style card decks. They were crafted using nude photos of Wo taken by their boyfriend and fellow artist, Shoog McDaniel. According to Wo, “Whereas traditional pin-up cards depict women in risqué poses by male artists,” the Sun Bunny cards “recenter the sexual autonomy of the figure in the frame.”

“It was the meeting of several things,” Wo says of the playing cards. McDaniel had been taking “a ton of nude and NSFW photos of me, running around in my nudist lifestyle, and I didn’t really have anywhere to put these photos because of course I’m not allowed to post them.”

Wo says, “My work is constantly being censored. My accounts are all shadowbanned and flagged even when I post something that is properly censored, I still get it taken down. Instead of feeling downtrodden by this, which I have felt, I have found a way to embrace the censorship to carve a niche for myself in the art world.”

In a landscape that is increasingly censorial and hostile to queerness and sexuality, this work goes beyond titillation, to activism. Though the prudery of the internet makes promoting their work ever more difficult, Wo is not deterred. “The censorship actually tells me something that is valuable about my work, that it is something that people aren’t ready for yet and it is challenging to people and that’s why it’s censored,” they say, adding, “Moving with the censorship, I play into it a bit and comment on it with my work and it makes my work more special to be seen because you can’t find it on the internet.”

“I feel that is part of my purpose and my role in life is to push against that and carve out space,” they say.

According to a press release, Forbidden City is designed to “embrace the tension between the joyous and the obscene by way of sweaty play within the boundlessness of queer freak sexuality. In joyous celebration, Wo realizes a truly free, pro-sex work and pro-porn universe.” 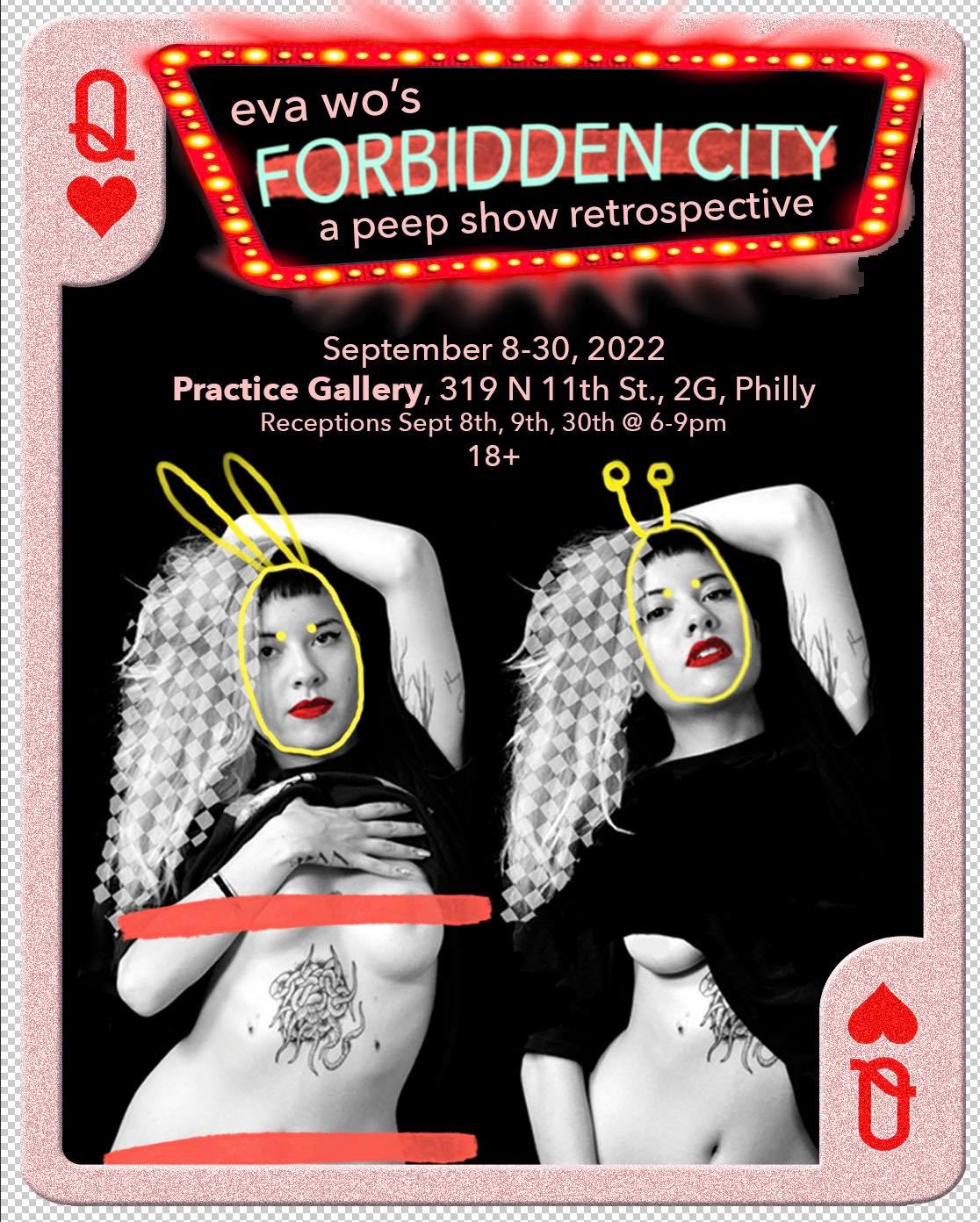