Next Up In Sex

Modern life is safer than ever, but the dating scene is still a jungle. Danger can lurk around any and every corner. When it comes to hooking up online, safety can be hard to come by.

Thankfully some apps take user safety seriously and are working to protect those gambling with their hearts and parts below.

What Even is “Safety”?

Searching for a potential life, or one-night, partner is inherently risky. So what do we mean by doing it “safely”?

The most apparent peril is physical. Meeting a strange man can lead to someone starring in their own True Crime docuseries. An evening that starts with drinks and small talk can end in abduction, assault, or even murder.

If you scoffed or rolled your eyes at calling out men above, please come back to reality.

The overwhelming majority of women (cis and trans) assaulted or murdered in the US are victims of men. Pointing out a few cases doesn’t change the sad reality.

The danger extends to more than bodily harm. There is also mental health to consider. Harassment is rampant on the internet with threatening messages and non-consensual photos.

Bumble was created specifically for this reason by giving straight women looking for men the choice to make the first move. 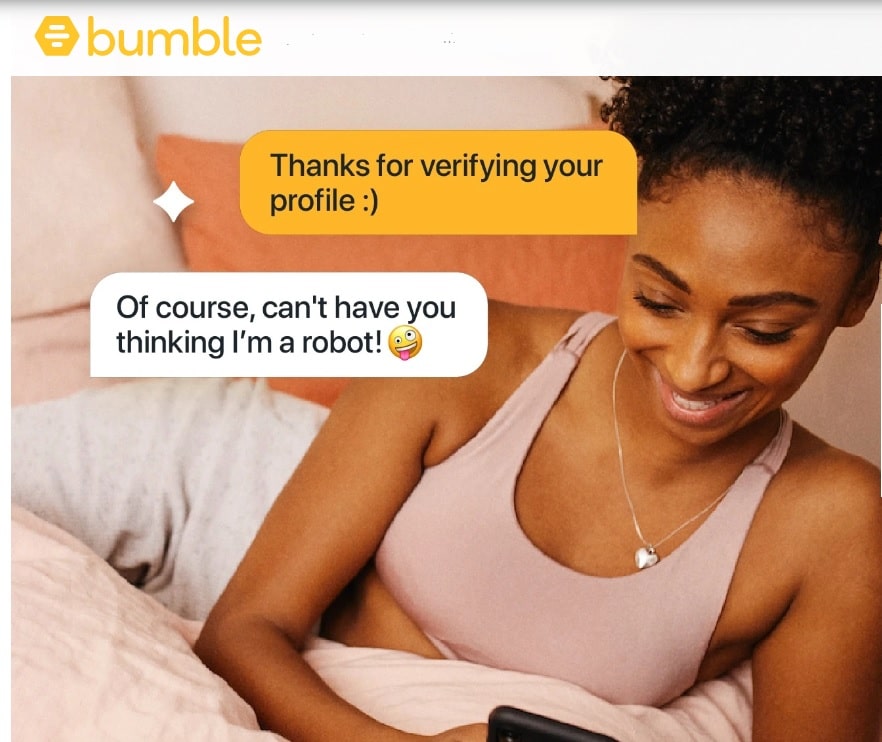 On Bumble, women have to send the first message to men, which stops them from being inundated with creepy messages and rude pictures.

Privacy is also a significant concern, and not just for dating apps. Hacks and leaks expose people’s private data, including phone numbers, where they work, and even their home addresses.

So how to best navigate the app-based hookup minefield?

When there is any new technology, there will always be a need for improvement. With the rapidly growing world of app-based dalliances, there were more than a few blind spots when it came to user safety and security.

In early 2020, around 70,000 photos of women on Tinder were stolen and leaked online. This happened two years after the company was informed by digital security companies that there was a lack of basic encryption for their user’s information.

To be fair, data security is an issue for any web-based service. Encryption and data mining is a dizzyingly complex issue that often misses vulnerabilities until the damage has been done. Tinder is not alone in having data stolen, as almost every app and site you can think of has had this happen at least once.

Major apps have taken bold actions, with some causing more harm than good.

Sticking with Tinder, background checks and photo verification were implemented to defend against catfishing. However, both have shown to be inaccurate and disproportionally impact people of color.

Why? Well in terms of photo verification, visual algorithms have a difficult time processing darker skin colors and non-Anglo features. It is a complex issue that has been explored in the stand-out documentary Netflix’s Coded Bias and a feature segment on Last Week Tonight with John Oliver.

Just as complex and troubling is the disparity in arrests of people of color versus caucasian people. Data has shown that in the US Black and Hispanic men are more than four times as likely to become incarcerated than white Americans for similar charges.

Combine those issues of technological and systematic bias, and it is clear how even apps for getting laid are vulnerable.

In the case of harassment, apps like Tinder have been slow to make meaningful changes. A douchey user can be reported, but there are ways around that, such as one side deleting and blocking so the evidence disappears.

Screening processes are also rather lax, with hundreds of reports confirming minors and even Registered Sex Offenders creating accounts without a hiccup. 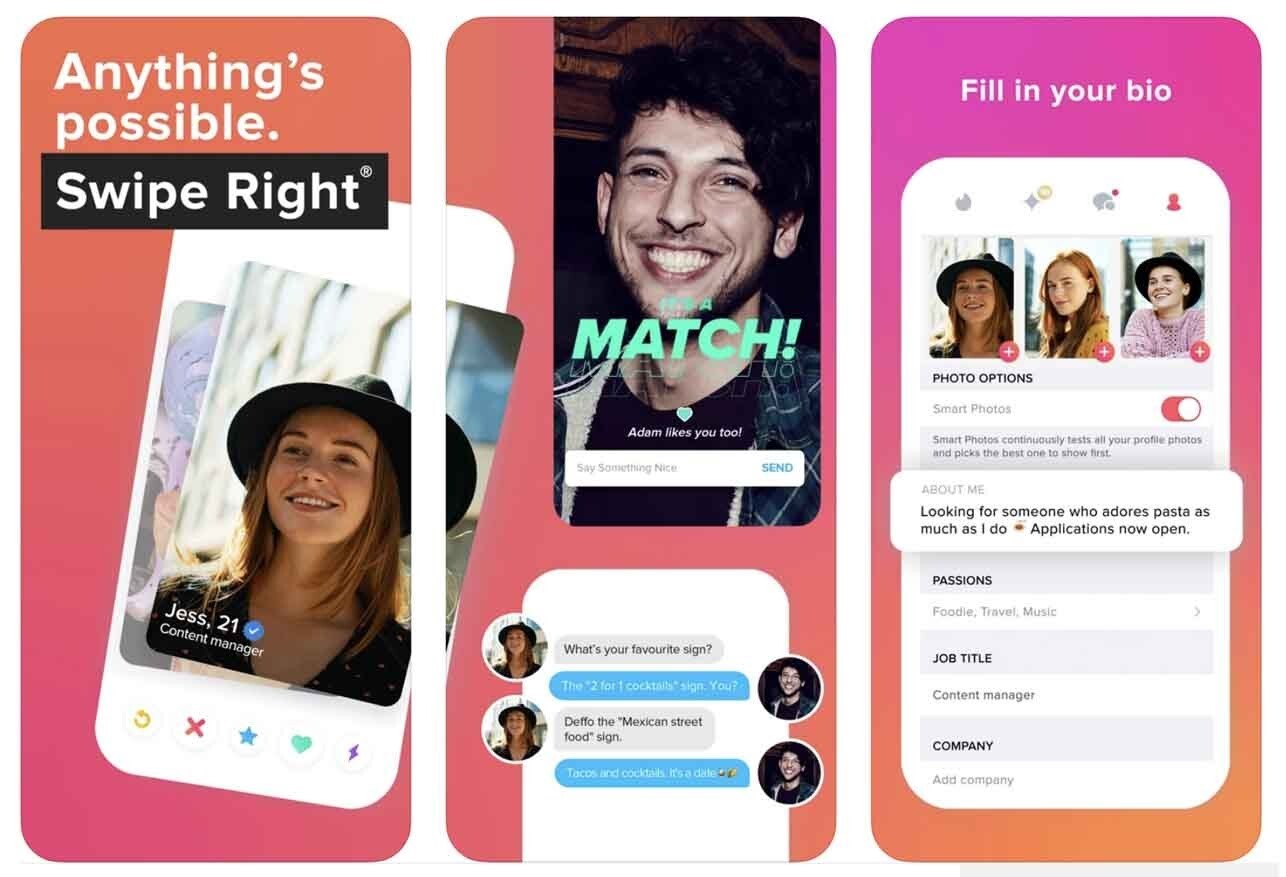 Not wanting to bash Tinder, it should be noted there have been improvements in the past few years. The new “Panic Button” feature announced in January of 2020 allows people to upload details of their date beforehand and alert emergency services with location data when used.

Even apps designed with women’s safety in mind have needed to make changes in recent years. The biggest and most famous is, of course, Bumble.

Creating a Buzz – The Bumble Backstory

Former VP of Marketing for Tinder, Whitney Wolfe Herd left the cyber-dating giant after settling a sexual harassment and discrimination case against the company. She had an idea for a female-centric dating app and created Bumble.

The idea was simple: heterosexual women get to send the opening message when matched with a man. No more unsolicited and vile messages from strange men.

At least not as an opener. 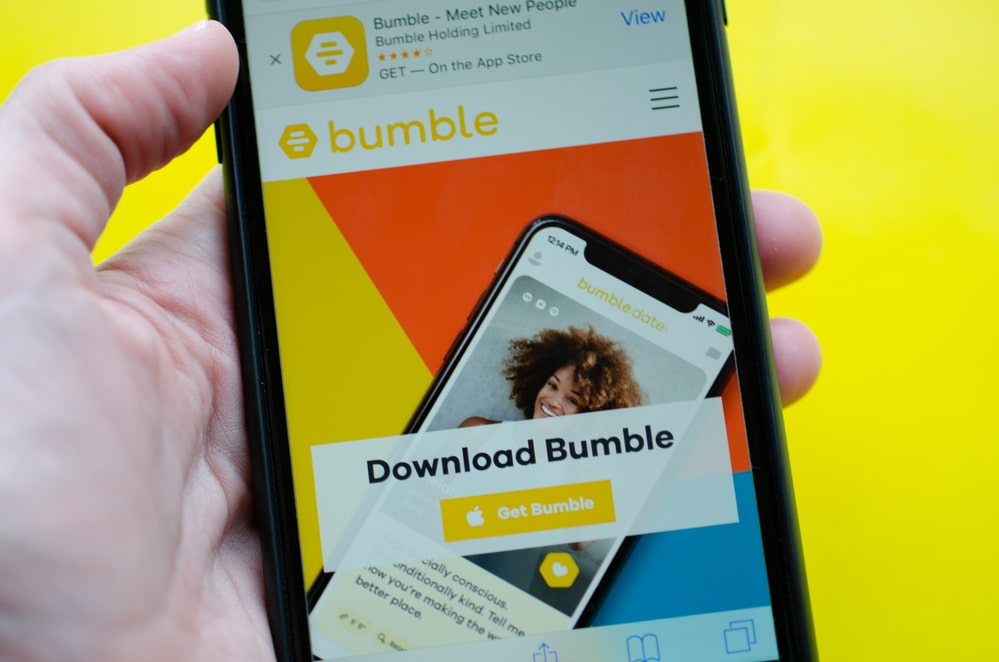 The idea may seem simple and inconsequential, but shifting the power dynamic of who initiates contact makes a major difference. Just ask any woman ever how fun it is when a guy they don’t want to talk to messages them first and she ignores it.

Spoilers: Not very fun at all.

Whole subreddits are devoted to the insane and ridiculous ways men talk to possible dates. More often than not, things go from civil to dark really fast. Bumble may be one of the safest free options, but it is not without problems.

Bumble’s site offers multiple blog posts on protecting yourself, but there is only so much that can be done. There’s no sure-fire code or program that can stop abusive language or behavior before it happens.

Reporting abuse helps, but as mentioned before, there are ways creeps can slip through. The team at Bumble has accepted the challenge and made changes to features such as blocking and unmatching.

In the past, when a couple unmatched, the text conversation would disappear. That would leave the abuse victim unable to report the offender and get them banned. Now the conversation only vanishes for the one who unmatched.

It is a good idea and Bumble is constantly making improvements. Sadly, the biggest glitch is the one that can’t be patched.

RELATED: Is Bumble For Hookups? A Man’s Perspective on the “Dating App For Women”

User Error – The Problems Beyond Code

Sadly, apps are still vulnerable and by extension, their users.

Subscription-based and premium membership offerings still have weaknesses that can be exploited. Sure, it could just be a small exhaust port, no bigger than a Womp Rat, but it is there.

Even with expensive encryption and expert teams to swiftly address catfishing and harassment, that would only cover life on the app and not the real world.

The only solution that guarantees everyone can play the field safely is a major cultural change to address misogyny, racism, and patriarchy.

Yeah. Now you can roll your eyes.

There are better odds of being eaten by a lottery-winning shark. While getting hit by lightning.

Hope is not lost, though. Societal attitudes are shambling in the right direction, albeit slowly. Every day, the big companies are sending updates and creating new features like the ones mentioned above.

More unique apps are being introduced such as UK’s Bare, a hookup app with a focus on appealing to diverse and “open-minded” singles. The fundraising promotional video promises innovative and accurate screening and verification. Bare also lets users crop their photos to hide personal information.

It’s not perfect, but it’s a good start. 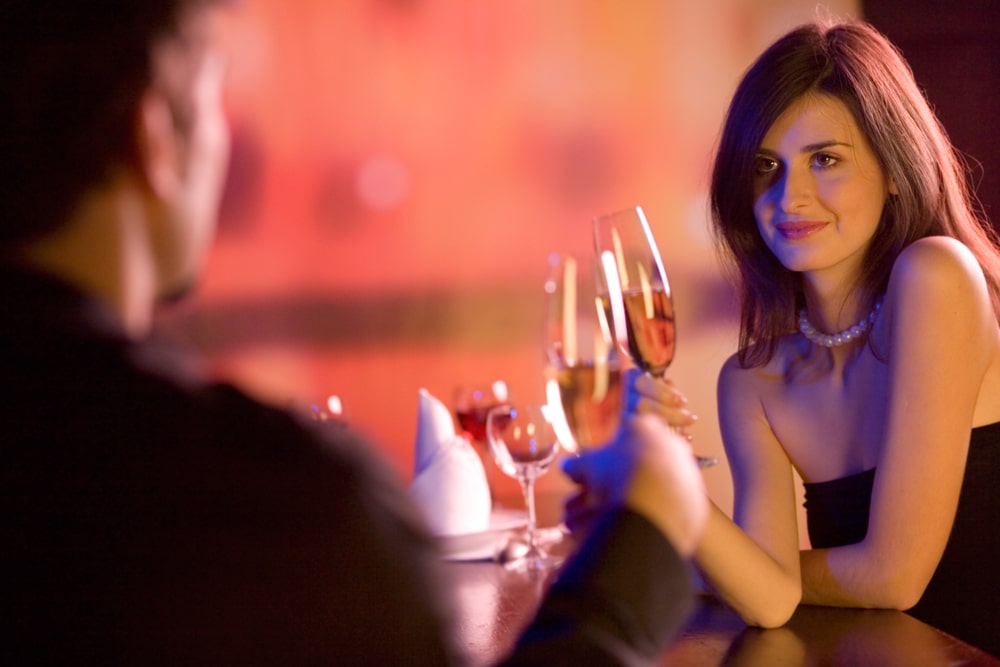 Putting yourself out there is always going to be a gamble, but there’s no reason to push your chips further in than you have to.

Here are some common-sense tips for when you’re on the app and out on the town:

It is a jungle out there, but women-focused apps like Bumble and Tinder’s new features are doing their best to keep the monsters at bay. In order to keep everyone safe while getting busy, programmers can only do so much until the onus falls on the users.

Attitudes and systems need changing, and that can be done when enough people come together and speak up.

Cybersecurity is inherently reactive and not proactive, meaning problems only get solved when they become too big to ignore. Let the people who create and control these apps know what needs to be done to keep everyone safe both online and in real life.

The power is literally in your hands.