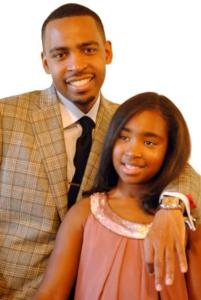 On a chilly, rainy day in late October, I stared into the eyes of a killer. They were the eyes of a man who had mercilessly butchered four people, including a 3-year-old girl.

It was Thurs., Oct. 27, and John Eichinger and I were being escorted from a Montgomery County courtroom by a different set of officers on the same elevator. He was making yet another appearance to appeal his death sentence. I had been incarcerated since Fri., July 15, for being in arrears on child support, which is a contempt of court. I was ordered to pay $5,000 of the $17,000 that I owe or serve six months at the Montgomery County Correctional Facility. As fate would have it, Eichinger and I were placed in the same holding cell after our hearings that afternoon.

When you see the faces of these types of cowards on the news, you don’t fathom in a million years that you could actually come within arms’ reach of choking their necks. I wanted to bash his head against the concrete wall, but I had a decision to make. Only moments prior, I was granted my freedom after spending three and half months in a county prison.

There I was, a 36-year-old native of two of Philadelphia’s roughest housing projects, without even a misdemeanor on my record. In the other corner was Montgomery County’s most notorious killer of all time, sentenced to death for slaughtering Heather Greaves, 27, Lisa Greaves, 23, and Heather’s 3-year-old daughter, Avery Johnson, in King of Prussia. Those murders also implicated Eichinger in the 1999 stabbing death of 20-year-old Jennifer Still, of which he was also convicted in 2005.

All I could do was shake my head and pray. I wondered what the rules were regarding putting a death-row inmate in close quarters with someone who was being held for a contempt of court. It was the longest three hours of my life. I reminded myself repeatedly that it would be over soon. I reminded myself of how far I had come since that beautiful sunny day in July, my last day of freedom.

One of the worst nightmares of my life began on Mon., June 13. It was the morning after I had successfully hosted the annual Odunde Festival in South Philadelphia. I was exhausted from the hustle and bustle of running the stage at one of Philadelphia’s longest-running outdoor events.

I was also still on a high from being awarded a certificate at the festival from Mayor Nutter for more than a decade of community service as a volunteer track coach and mentor to hundreds of youth. I was awakened early that morning by four armed officers from the Montgomery County Sheriff’s Office. They came into my North Philly apartment and informed me that I was under arrest for failing to appear at a scheduled court hearing. I was handcuffed, shackled and led from my apartment into a squad car. I was not allowed to take my cell phone, money or any form of identification. The four officers, who were split between two squad cars, stopped for a leisurely breakfast at a Dunkin’ Donuts before moving on to a residence in North Philly to arrest another man who was also behind on child support.

They arrested a Latino man near Eighth and Cambria and gave him the same cuff and shackles treatment. He spoke no English. Moments before he was led to the other squad car, neighbors rallied to his rescue and convinced the officers that it was a case of mistaken identity.

One man translated while a woman entered his home and returned with paperwork which confirmed his identity. The officers removed his shackles without so much as an apology for terrorizing and embarrassing him right on his own front steps. He puffed a cigarette furiously as we pulled away from his curb.

At the courthouse, the prosecutor tried to convince Judge Emanuel Bertin that I was a flight risk and stressed that I had not made a child-support payment or done anything for my daughter since 2009.

It was absolutely true that I had not paid anything directly to child support, but I informed the judge that my daughter Skye had actually spent a little more than a month with me during the summer of 2009 in Los Angeles, where I resided at the time. She was front and center for all of the hysterics that surrounded Michael Jackson’s funeral. I also reminded him that less than 24 hours prior, I had been given an award by the mayor. He let me go immediately and set a date of July 15, 2011, for me to re-appear and explain why I was $17,000 in the hole.

In the meantime, I had a hearing in late June to update the custody agreement. Judge Kelly Wall entered a temporary agreement until she would decide on a more solid custody arrangement in October. It wasn’t what I wanted, but it would have to suffice until we returned.

Before moving to California in August 2008, the agreement gave me custody of my daughter from Sunday through Wednesday, and various holidays, depending on the year. Four days and three nights. Since my daughter’s mother had her from Wednesday through Sunday, four nights, the courts determined it was she who deserved to be paid child support. For years, when I would explain that to my friends and family they would look confused or wrinkle their foreheads as if I were speaking an alien language. Trust me, no one is more confused than I. I’ve taken care of my daughter since the day she was born and was still ordered by a court to pay child support.

That court order, so many years ago, was the beginning of the running tab that began to put me in great debt. It was not filed by the state or welfare, but by my daughter’s mother, who has abused the system to the tune of more than 50 court appearances in 10 years. On Fri., July 15, I returned to the courthouse in Norristown, only to discover that I was going before a different judge than the one I saw on June 13. The experience was night and day.

I was in the presence of Judge Rhonda Lee Daniele, a loud, obnoxious woman who berated me, and others, that day as her long white hair hung over her narrow face. Daniele yelled at everyone who came before her without giving an ounce of genuine attention to what they were saying. She shuffled papers and stared around the courtroom, making it painfully obvious that she had made up her mind before the defendants had even stepped foot in her courtroom. I would learn later that an overwhelming number of men who come before her on Fridays are thrown into prison. Typically, they are ordered to pay a fine ranging anywhere from $500 to $15,000, depending on their arrears, or serve six months in jail.

It was no different when I took the stand to explain my case. She ranted like a Judge Judy wannabe and disregarded the great contribution I have made to my daughter’s development. She told me that I was a poor excuse for a father and that Men United for a Better Philadelphia made a gross mistake in 2008 when they gave me a Father of the Year award. In her eyes, being in arrears on child support makes a man worthless and fit only for jail. Because after all, being a good father is all about being up to date on child-support payments. Right?

Daniele informed me that I must pay my child support first, even before I pay rent or buy my daughter a pair of shoes. Anything outside of the $532 per month payment is only a gift, she barked. I will never consider a bowl of spaghetti, getting my daughter’s hair braided at a salon or providing good ol’ PGW heat a “gift.”

I am well aware that there are many deadbeat fathers roaming the streets of Philadelphia and its surrounding suburbs. I am the product of one. I get it. But this is not about them. This is about the millions of men who bend over backward to do right by their children and are still terrorized by the system. Statistically, it’s impossible that nearly every man who comes before Daniele is a total deadbeat who deserves to be in prison. I met a middle-aged white man who did his entire six-month sentence for a mere $625 fine. It cost taxpayers more than that to provide medical and dental care, shelter and food for him for a week.